Komodo, a fast-rising cryptocurrency and project hacked its users of the Agama wallet to protect funds from a potential loss.

According to the announcement, the technical team sensed a vulnerability in its Agama wallet, and without much time to inform users, they transferred BTCs and KMDs to a safer wallet.

To prevent another tragedy of users losing their funds, the team had to use the same exploit to convey the funds in the wallet at risk to a different wallet address. They managed to transfer 8 million KMD and 96 BTC to new wallet addresses managed and controlled by the Agama team.

According to the announcement on their official website, all wallets downloaded from the official website is not safe. For this matter, users whose funds are still in their various wallet addresses should consider transferring them to a more secure wallet.

All ledger hardware wallets and Verus version of the Agama wallets are safe to use according to the announcement published on the website. For the sake of safety, all BTC and other cryptocurrencies stored in the Agama wallet has been advised to be transferred to a safer wallet.

Hackers initially made away with 10,000 XRPs, then later made a total of 23 million transactions from under 100 users. This and many more hacking activities launched against cryptocurrency exchanges and wallets have questioned the reliability of online-based wallets.

Cryptocurrency hacking becomes more intense when the market begins to record a good run, and this makes it more difficult for investors as Bitcoin halving is expected to cause a serious market bull run.

Bitcoin has a number of price heights to climb according to its price history, and more of such news should be expected. 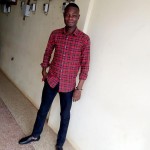 FacebookTweetPin The first ever cryptocurrency café has been opened in the United States where clients can have a taste of their favorite morning beverage using cryptocurrencies. The café located in Clematis Street, West Palm Beach is looking to draw all types of customers. According to its co-owner, Nelson Winter, cryptocurrencies seems to be the way […]

FacebookTweetPin Developers have taken cryptocurrency transaction to a different level as they have made it possible for users to make transactions using Whatsapp Messenger. According to the announcement released by the Zulu Republic, the new initiative supports Bitcoin, Litecoin, Ethereum and Zcash. How it Works After clicking on their whatsapp link either from their website or using […]